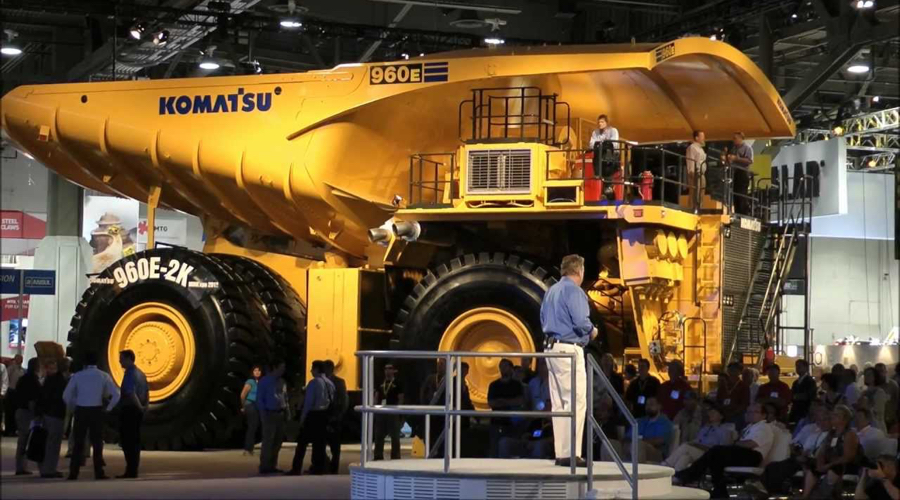 ILLINOIS – On November 15, Komatsu America announced that FrontRunner (AHS), an autonomous transportation system, had reached an unprecedented milestone: more than 2.0 billion tons of material had been moved independently.

After the first commercial deployment in 2008 at Coderieco’s Gabriela Mistral (Gaby) copper mine in Chile, FrontRunner AHS demonstrated an exponential growth in total production, breaking the 1.0 billion ton mark in 2016 and 1.5 billion ton at the end of 2017. today, more than 130 trucks have been completed. Over the next seven years, another 150 trucks will be deployed in Canadian oil sands.

Close cooperation with customers, a ten-year record of safety and system performance, as well as an unrivaled ability to adapt to a variety of mining environments allowed Komatsu to accelerate the pace of AHS deployment. Today’s FrontRunner system operates around the clock – it transports copper, iron and oil sands at seven sites on three continents. The FrontRunner system now transports more than all other commercial mining autonomous systems combined.

“Continued investments in technology and equipment of large mining companies in Chile, Australia and Canada emphasize their faith in the value of autonomous shipments,” said Anthony Cook, vice president of autonomous and communications solutions at Modular Mining Systems, a subsidiary of Komatsu.

Komatsu’s best-in-class approach to FrontRunner AHS combines the world’s top-selling ultra-class dump trucks with the industry-leading fleet management system Modular Systems, which is the preferred control system in nine of the 10 largest mining companies in the world. The system ensures 100% compliance with its proven optimization methodology, providing unrivaled performance.

Immediately before reaching the autonomous shipping stage, Komatsu last month held in Tucson, Arizona, a well-received day of the autonomous shipping demonstration, which demonstrated the company’s autonomy and support operations. About 100 mining professionals, industry journalists and students from the University of Arizona’s mining engineering program met at Komatsu training ground in Arizona to conduct a series of presentations, tours and demonstrations in support of the theme of the event: “Automating Progress.”

To emphasize the company’s commitment to progress, Komatsu plans to expand the functions of AHS mixed work, allowing manned trucks of any brand to interact with Komatsu AHS trucks in mixed mode. Komatsu is also working with industry stakeholders to standardize the interaction between Komatsu and autonomous vehicles not owned by Komatsu, in order to increase safety and efficiency when working with customers.